Midtown Oakville: An Urban Growth Centre in the Making 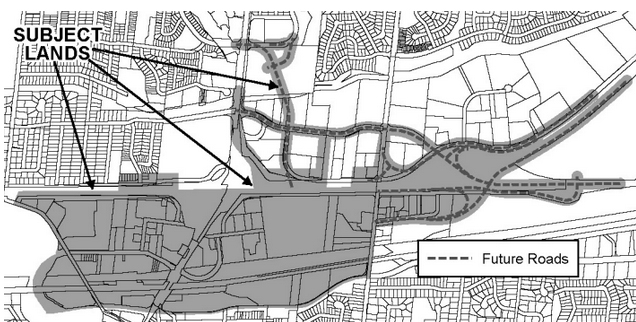 The Midtown Area is the area surrounding the Oakville Go Station and Trafalgar Road/QEW intersection. Midtown Oakville is bounded by: QEW to the north; Cornwall Road to the south; Cross Ave to the west; and Chartwell Road to the east.

In 2006 the province released a Growth Plan for the Greater Golden Horseshoe. This is a 25-year plan that aims to identify how growth should occur within the region and setting future targets for population and employment. The Plan also designates specific areas for growth and development, called Urban Growth Centres. Midtown Oakville is designated as one of these Urban Growth Centres. As a result, the Midtown area is now the focus of growth and a transportation hub for the Town.

Subsequently, the Town of Oakville’s Official Plan (Livable Oakville), which was approved by the Ontario Municipal Board May 10, 2011, put in place specific policies for Midtown Oakville to reach the population target of 12,000 people and 8,000 jobs by 2031.

In order to be able to achieve these provincially mandated targets, the Town decided to undergo several studies to develop strategies for implementation. One of these studies is the Midtown Oakville Municipal Class Environmental Assessment (Midtown EA).

Commenced on June 13, 2012, the Town initiated the Midtown EA to help design a strategy to guide the development of the transportation and municipal storm water network to accommodate the anticipated growth. Three years later, on May 27, 2014, the Town of Oakville completed its Midtown EA. The results of this study and the proposed options were accepted by Council on May 27, 2014. The Proposed changes include:

It is important for all property owners in the Midtown area to assess the impacts the proposed changes will have on their properties and businesses and take steps to protect their interests.

If you have any questions or concerns regarding these potential impacts to Speers Road property owners, please contact OMH lawyers Hal Watson at 905-842-8030.